Working in Ukraine - an expat guide

Interview with our founder, Morten Ottow, on life as an expat in Ukraine. Original from an article in the magazine Kiev Check-in from 2017. 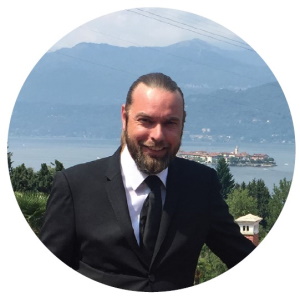 Our founder, Morten Ottow, was interviewed by the magazine Kiev Check-in in 2017 about life as an expat, living and working in Ukraine. Here are some of his answers:

Introduction:
"I work in IT, for a digital agency called Valtech. We are consultants working for some of the biggest companies in the world such as L’Oreal, and Volkswagen. I first moved to Ukraine in 2010, while working for another digital agency (called Creuna). I was asked to move here for one year to manage a small team of developers. But then, after one year back in Denmark, I decided to move back to Ukraine – this time, to build a team from scratch for Valtech. For our Danish office, operating in Ukraine has a lot of advantages: it’s easy to visit, and there is only a one–hour time difference. Initially, for the first two to three years, we experienced fairly slow growth. But now, after five and a half years, we have 170 people working in four different offices: Kharkiv, Dnipro, Kyiv, and Chernihiv."

What surprised you most when you arrived in Ukraine?
"When I arrived, I was surprised to see that there is still an “old school” difference between men and women in Ukraine. For example, men should earn money and work, but women should stay home and take care of the house and children. It’s probably an overgeneralization, and of course does not apply to everybody, but I got the sense that Ukrainian women are not as highly regarded as Ukrainian men. I think I was also really surprised by just how low salaries are here – especially for doctors and teachers. Away from the workplace, I’d say that I was pleasantly surprised by how long and warm the summers are here!"

How is the work culture different in Ukraine?

"Compared to Denmark, the culture isn’t that different, but there are a few things I’ve noticed. On Fridays, for example, people tend to leave work early in Denmark. But in Ukraine, they will stay late in order to finish all their tasks before the weekend. Here, you’re also much more likely to be invited to some sort of celebration, even with work the following day. In Denmark, we usually don’t drink much if we need to be at work the next day! Networking and personal relations are also much more important here. In Denmark, I just check the phone book if I need: banker, lawyer, accountant, electrician, mechanic etc. and they will all be certified professionals doing a good job. In Ukraine you don’t know what you get until the job is done so people prefer to go through their own networks. I’d say that there’s also a stricter hierarchy within workplaces here – the boss is expected to have all the answers, and the only people who seem to be able to make decisions are those at the very top of the company."

What is your experience with management style and manager-subordinate relations in Ukraine?

"Compared to Denmark or Scandinavia in general, workplaces in Ukraine seem to have stricter hierarchies, and there are more defined processes. I try to delegate responsibility and encourage colleagues to make decisions – sometimes, you need to get used to this and to learn that it is OK to make mistakes."

Are there any gender differences when working with male or female workers in Ukraine?

"No, not really. I try to have as balanced a gender ratio as possible, as it creates a more dynamic work atmosphere."

What reward and motivation systems work in Ukraine?

"I think there are various effective motivational triggers for Ukrainians – giving staff more responsibility has, in my experience, been successful. As has giving teams the freedom to make decisions and to organize their own work hours – including giving staff the option to work from home."